Cancer cells adapt to store energy like muscle cells, so that they can multiply! 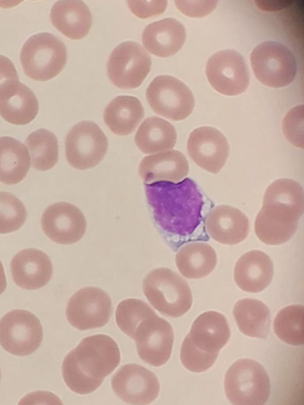 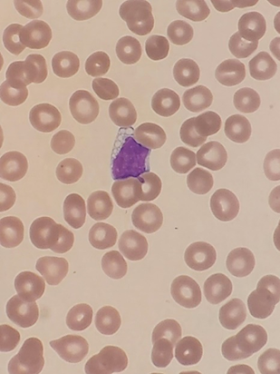 So the first patient’s slide I picked up today was quite interesting. A known Chronic Lymphocytic Leukaemia (CLL) which had numerous vacuoles in the cytoplasm of the lymphocytes. Although i've seen this before,  I wouldn’t say this is a feature that is really common and I wasn’t entirely sure why these were present.

So reading up on this, it appears that abnormal cancer cells have adopted a way of having energy readily available, by storing lipids in the cytoplasm.  These use free fatty acids (FFA) to produce chemical energy so the abnormal cell can proliferate.

Normal cells in the body already adopt this method, such as myocytes (muscle cells) and adipocytes (fat cells).

The vacuoles in this patient were present in the majority of lymphocytes and I wonder therefore if these cells have the potential to proliferate at a higher rate than those patients with no vacuoles. Would the disease therefore be more aggressive in this patient? It got me thinking that Burkitt’s Lymphoma is a very aggressive disease, characterised on the blood film by immature cells with numerous lipid vacuoles in the cytoplasm of the abnormal cells. Does this mean that these cells  have more energy to multiply faster? Could this contribute to it’s aggressive nature of Burkitt's Lymphoma?

A treatment for CLL, the drug Ibrutinib inhibits the B Cell Receptor (BCR) And disrupts and eventually stops FFA metabolism in CLL cells, which will in effect stop the energy source to the abnormal cell. I wonder if the treatment was stopped in this case?

I actually referred this patient to a Consultant Haematologist, as even though a known CLL, the vacuoles had never been commented on and  I wondered if the presence of lipids in the majority of lymphocytes could mean accelerated disease progression.